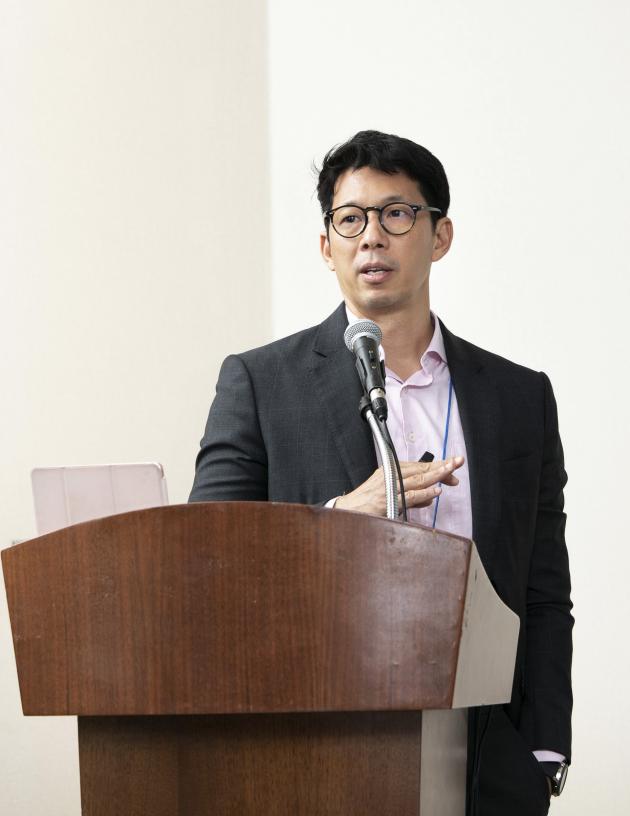 Bryan Yeung, senior director of strategy at RIGHT Fund, announces plans for the fund’s second round of request for proposals, during a forum at the Sheraton Seoul D Cube City Hotel, in Sindorim-dong, Seoul, on Wednesday.

“After the first request for proposal was released last October, and following an extensive two-tiered review process, we selected four projects for an award,” RIGHT Fund CEO and Executive Director Kim Youn-been said during a forum on Wednesday.

The projects include two for vaccines, one for diagnostics, and one for therapeutics.